Company leadership along with key industry partner, Michael Shabkie, looking to professionalize the industry by educating and training their medical transportation drivers.

Dependable Medical Transport Services (DMTS), a non-emergent transportation company, based in Phoenix, Arizona, announced that its focus on safe, efficient transportation and extraordinary customer care will be further enhanced by placing Automatic External Defibrillators (AED’s) in each Paratransit van along with the implementation of a Certified Transport Specialist Program.

DMTS has partnered with Cardiac Science and Priority One Ventures to provide Powerheart(R) AED’s, and a complete AED Program management solution.

“We are committed to customer safety and satisfaction and believe our investment in certifying our employees will establish us as an industry leader,” said Terry Reilly, Vice President of DMTS. “Our Certified Transport Specialists (CTS), are trained to activate the emergency response system (911) and have access to an easy-to-use AED.

The comprehensive training our employees receive will not only positively affect our clients, but will affect their families and facilities they reside in. We strongly encourage other non-emergent transportation providers to follow our lead”.

“Since we have been using DMTS for transport services, we have found that they are striving for excellence in a very competitive market”, said Lisa Harrison, Administrator for Scottsdale Heritage Court, A Life Care Center of America Facility. By adding these new training elements, they continue to enhance their commitment to customer safety as they provide a vital service to our residents”.

Since its inception, DMTS has been providing high quality non-emergent transportation services throughout Arizona. With a fleet size of over 60 specially equipped vans, DMTS provides transportation to approximately customers throughout Maricopa and Pinal Counties.

#Michael Shabkie is on Linkedin

I’m on a passionate mission to improve the delivery of EMS care by developing integrated healthcare delivery models that accomplishes this simple outcome:

Less expensive Uber rides are on the rise as fewer patients access care via ambulance, a new study shows.

December 19, 2017 – Rideshare services such as Uber are revolutionizing the way patients access care, with far more patients opting for an Uber than an ambulance ride during a non-life-threatening medical emergency, according to a working paper out of the University of Kansas.

An analysis of ambulance utilization in over 750 cities in the 43 states in which Uber operated between 2013 and 2015 revealed that patients are opting for the cheapest version of healthcare transportation. Since Uber’s arrival in each city, ambulance utilization dropped by an average of 7 percent, the researchers found.

This trend aligns with overall industry efforts to deliver the highest quality of care at the lowest cost possible, said co-author David Slusky, assistant professor of economics at KU.

“In order to lower health care spending while improving health outcomes, people can use the least-skilled professional who is still qualified,” Slusky said in a statement. “It’s the same in the provider space: you don’t need a neurosurgeon to diagnose strep throat.”

A similar mindset applies to using Uber in place of traditional ambulance transportation. A patient might need to visit the emergency department, but does not require medical attention on the way there.

In turn, opting to use an Uber can save patients thousands of dollars. Ambulance rides are notoriously expensive, so selecting a less costly but still effective alternative is a step forward in value-based care.

There are some alternative explanations, conceded Slusky and co-author Leon Moskatel, of the Department of Medicine at Scripps Mercy Hospital in San Diego. Uber utilization could cut down on the number of unsafe or drunk drivers, ultimately leading to a lower rate of car crashes. Fewer car crashes could mean lower emergency department and ambulance use.

However, the pair asserted that because of mixed evidence their initial hypothesis is more likely. Patients are opting for Uber rides in non-life-threatening situations instead of more expensive ambulances.

This news could have positive implications for the healthcare industry, Slusky and Moskatel said. For one, this trend aligns with industry efforts to deliver high-quality healthcare at the lowest possible cost.

Additionally, patients using Uber are making it easier for patients truly in need to access ambulances. Some health emergencies do require immediate medical attention on the way to the hospital. With fewer non-life-threatening cases using ambulance resources, patients in critical need can access these rides.

“Given that even a reduction of a few minutes can drastically improve survival rates for serious conditions, this could be associated with a substantial welfare improvement,” the researchers said in the paper.

These findings have some policy implications, particularly for healthcare payers. Payers often bear at least some of the cost of an expensive ambulance ride. Payers can reduce their own costs by encouraging patients to use Uber when possible. One strategy is offering patients a $50 gift card to Uber or another ridesharing company, Slusky and Moskatel suggested.

Even simple patient education efforts can motivate patients to access less costly ridesharing options when heading to the emergency department, the researchers said.

“We want to find every way possible to bend the medical cost curve,” Slusky concluded.

Rideshare services such as Uber and Lyft have proven effective solutions to patient care access cost barriers. A 2016 study published in the Journal of the American Medical Association found that Lyft partnerships reduce per-ride costs by 30 percent. Thanks to the program, patients accessing care via Lyft now fact transportation costs between $31.54 and $21.32. 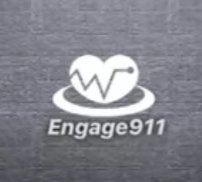 The site can also be accessed from mobile devices, allowing for submission of inquiries and easy access for clients to manage their projects with a secure client portal.

When it comes to increasing revenue, winning contracts, and capturing market share, don’t leave it to chance. With over 25 years of experience in the areas of marketing, operations, finance, process improvement, human resources; let’s take your company to the next level.